A study visit of Serbian delegation to Innsbruck, Tyrol – Austria was organized from May 21st to 25th, 2018 within the project “Cadastre for Small Hydropower Plants”, financed by the European Union and co-financed by the Republic of Serbia, in order to learn about examples from the practice of successfully intergated projects of small hydropower plants in the Austrian energy network. Representatives of the Mininstry of Mining and Energy, the Ministry of Finance (Department for Contracting and Financing of EU Funded Programmes), local self-government units of Kraljevo, Prijepolje, Nova Varos, Ivanjica, Crna Trava, Raska, Pirot and Novi Pazar, as well as representatives of the PWMC “Srbijavode” and VPC “Sava-Danube” were in Tyrol. Members of the delegation had an opportunity to talk to Austrian officials in charge of the development of small hydropower plants, representatives of Tyrolean local self-governments who are responsible for issuing licenses and expert opinion, as well as to exchange experiences with the manufacturer of components and systems for small hydropower plants with a tour of the factory. There were also organized tours of three operative small hydropower plants, one of which is located in the centre of Innsbruck. 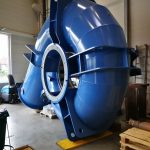 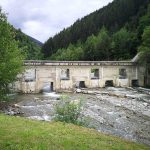 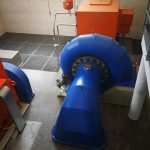 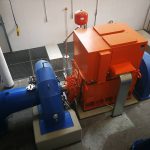 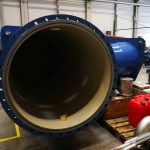 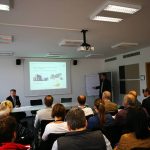 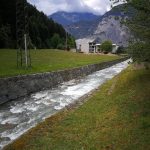 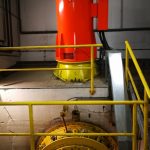 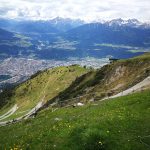 Austria, as a mountainous country in Central Europe, has a long history of small hydropower plants that have contributed to the country’s economic growth ever since 1950. The consortium implementing the project has established relations with various municipal and state institutions, officials and experts responsible for managing and integrating small hydropower projects into the electricity network in Tyrol, in order to enable the Serbian delegation a detailed insight into the development of projects, issuing permits and giving expert opinions regarding this topic. In Austria, a great number of successful operative models can be found, from regional and local suppliers for cities, to suppliers of individuals and companies.

Information obtained during the visit from the technical, legal, financial and practical point of view are well received, and the implementation methods serve as an example of how small hydropower plants can successfully integrate into the energy network in Serbia.